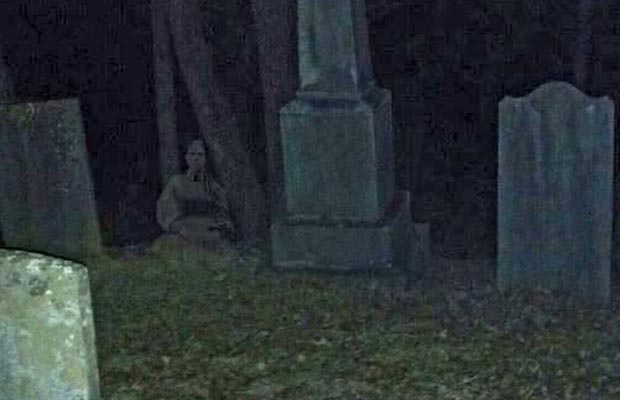 A spooky photograph captured last month in a New Jersey cemetery has some paranormal investigators saying it’s the holy grail of paranormal evidence. But could there be another explanation for the striking image?

Paranormal radio show host Mark Johnson posted the image to his Facebook page yesterday, telling his friends that the image might just be the best one he’s ever seen in his career.