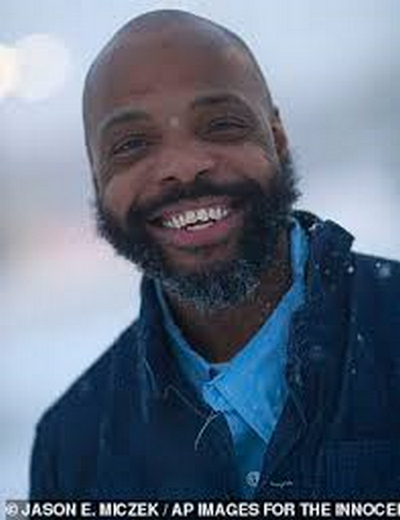 Termaine Joseph Hicks, 45, was recently released from Philadelphia jail
He was jailed in 2001 after cops Marvin Vinson and Dennis Zungolo falsified the procedure
They claim to have found him while he raped a woman on a street near a hospital and to have shot at them when they confronted him.

In fact, he ran to the woman’s aid when she heard her scream and the real rapist ran away.
this man is a true savior