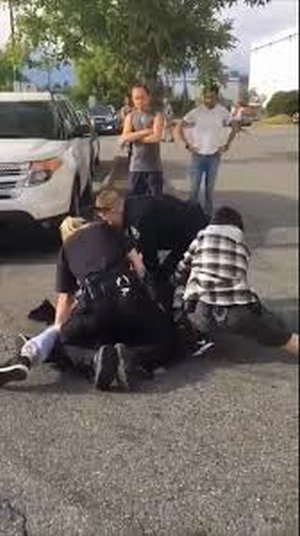 A 39-year-old man and his mother went to an East Vancouver Walmart for Mother’s Day in 2019, for some patio furniture and food to celebrate the holiday.

But they were beaten by officers and falsely accused of shoplifting

The couple after a while said they were subsequently released, without charge after presenting the receipt.

The allegations are detailed of the couple are false. None of the claims have been proven in court.

the two were savagely beaten by police with a traumatic brain injury, broken ribs and concussion, the lawsuit claims. Deneault, 61, says he suffered an injury to her arm, along with trauma and humiliation.

The Vancouver Police Department says officers responded to a report of assault on a guard. He says Robertson was very aggressive and uncooperative during the arrest, and a “fight” ensued.

The allegations by Robertson and Deneault add to the growing stories of police violence against indigenous people in Canada.