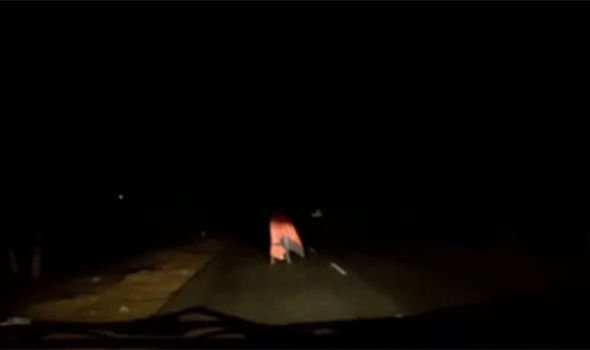 A comedian posted the creepy video of his car which suddenly stopped when a mysterious figure emerged in front of it.

A person sees a ghost on the street, a terrifying figure
The person, who posted the paranormal sighting from India on Facebook on Thursday night, went viral and garnered a quarter of a million views.

In the video, the person is seen conversing with his friend when they suddenly approach a terrifying figure walking on a highway.

The panicked passenger immediately tells the driver to accelerate and bypass the ghost-like figure,
As the man zooms in on the camera, it can be seen that he is wearing what looks like an orange sari with visible ankles.