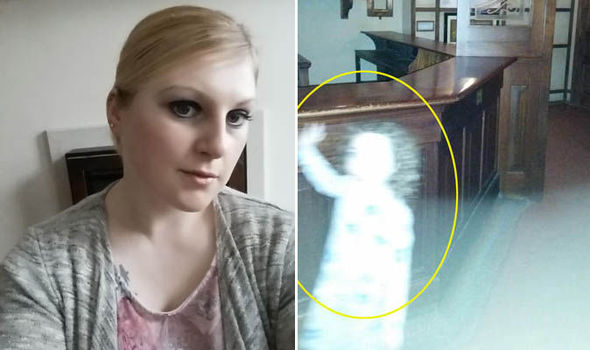 A mother of two who was enjoying a quiet day in a museum was shocked when she captured what she believes may be one of the sharpest GHOST images ever seen: a child’s greeting.

Louise Murphy had taken her nine-year-old son Owen on a trip to the museum just outside the Riverside Museum in Glasgow, Scotland, when she began taking photos on the museum’s Victorian-themed street.

Although only Owen was close to her when she took the photo, Ms. Murphy was shocked to discover the terrifying image of a little girl with long brown hair waving towards the camera.

The strangest thing is that his gaze is fixed directly into the camera.
Her mother, who lives with boyfriend Ian Stott, says Owen was also shocked by the terrifying image, as she confirmed he was the only one present when she took the photo.