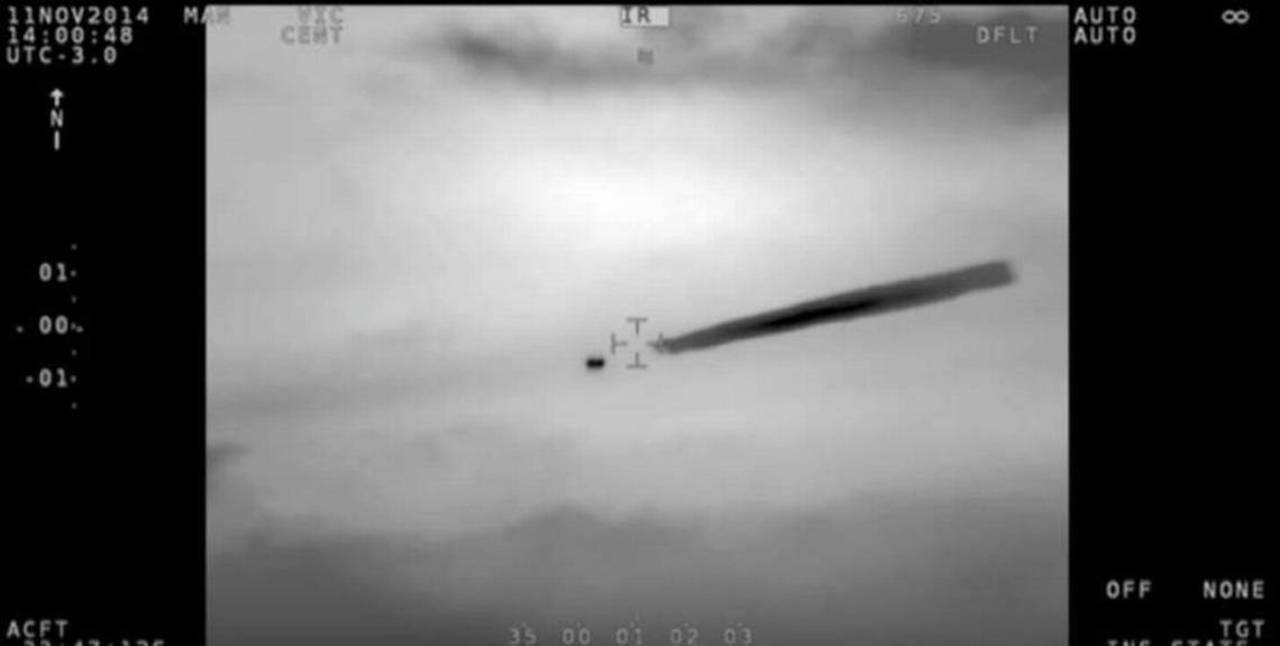 nine minutes of activity a UFO filmed from a navy helicopter in 2014. The officers are incredulous, they don’t even know what it could be. They thought it was drawn, the object remained in the area without making any noise or sound.

they followed, from 40 miles away, and tried unsuccessfully to communicate with it.

The navy captain on the helicopter explained that the object as a “flat and elongated structure”. The object hovered in the clouds, then moved across the sky emitting what appeared to be a type of gas. The video, which has been dubbed “chilling, has generated a stir among UFO followers and believers, some of whom believe the video shows an authentic alien UFO.