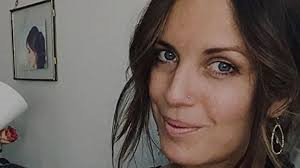 On June 14, Lloyd set out on a solo “pandemic on the road” trip from her home in Walnut Creek. She later disappeared from her and her friends never heard from her again. Her family said they lost contact on June 16 and then reported her missing on June 17. About her She has a 12-year-old son who did not

Anyone who believes they have seen Lloyd, or have any information about her whereabouts is asked to contact the Walnut Creek Police Department or the Bernardino County Sheriff’s Department at 925-943-5890.