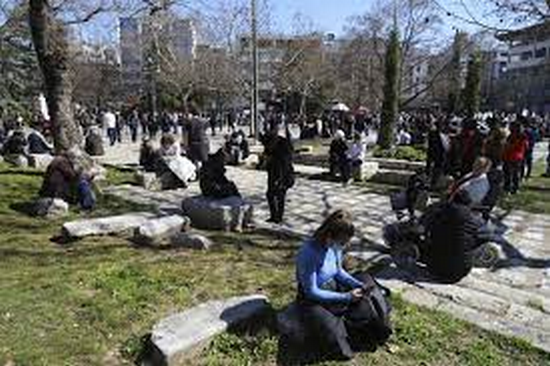 Furious earthquake in central Greece thousands of people spent the night outdoors late Wednesday after a powerful earthquake The 6.0 magnitude earthquake did serious damage to infrastructure. The strong earthquake struck near the central city of Larissa. One man was injured by falling debris, but no serious injuries were reported.

Officials reported serious damage to homes and buildings that saw walls collapse or break. One of these was an elementary school, built of stone in 1938, in the earthquake village of Damasi, where 63 students attended.